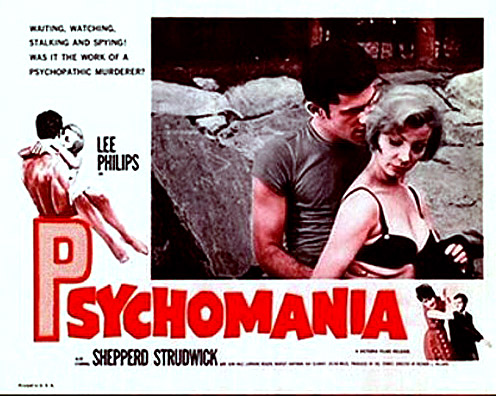 Violent Midnight AKA Psychomania (not the 1971 British film.) 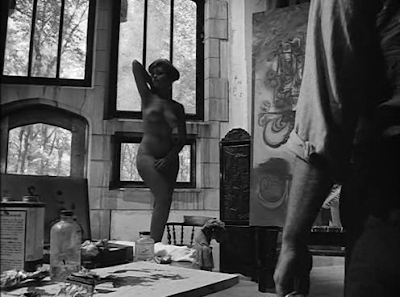 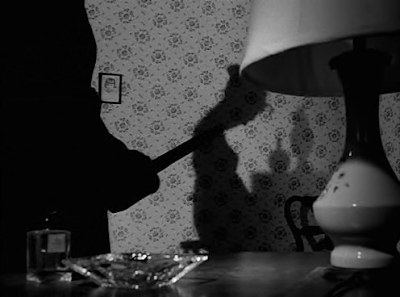 The story revolves around a wealthy painter. He has returned from the Korean War and his sanity and stability are questionable. He paints nude models, which is a bit lurid for the time and area. He's got a rivalry with a local punk. His lawyer's intentions are dubious. He's got secrets. Women start getting murdered. Well, there are only two ladies murdered. The murder scenes are heavily influenced by Psycho and extremely well shot and intense in that quick montage editing style. The film is black and white and the murders are bloody but not gory. Think a couple of notches up from Psycho and many notches down from Blood Feast. 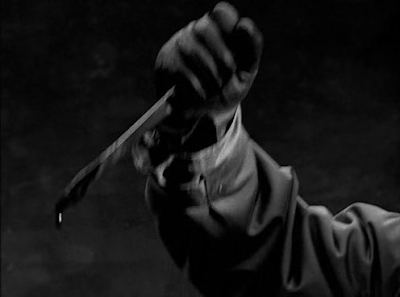 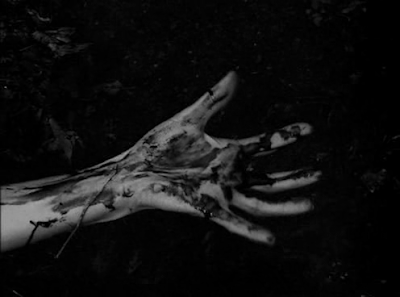 My wife and I didn't plan on watching the entire film, but we were both pretty well tacked to the couch. I had seen the film a long time ago and forgot how good it was. Make no mistake, it is a low budget film. But the script is good, the actors are ugly and good (the one floozy is pretty cute,) the sets are authentic, and the pacing is fantastic. It reminds me of a classic film noir, dipped in slasher sauce, and glazed with Italian neo-realism.
Check out this film. Like most whodunnits, don't read about it, just get the DVD. The print quality is very good. 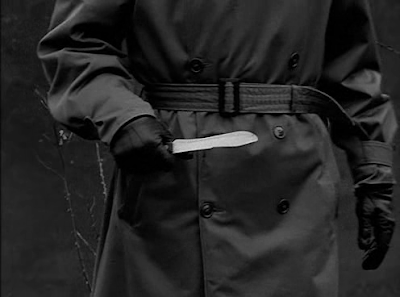 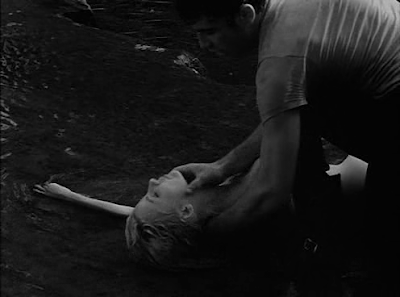 Dark Sky Films released the film and you can get it HERE.
Posted by Emerson M at 10:38 AM