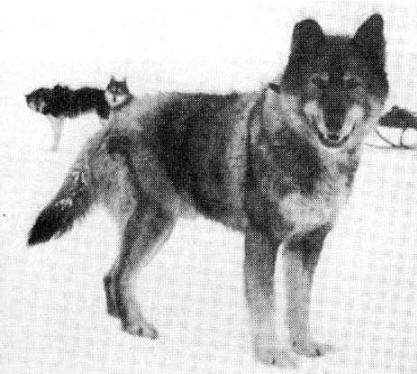 Don't you dare ever forget how rad Togo was.

From the Wik:
"Togo was the sled dog who led Leonhard Seppala and his dog sled team as they covered the longest distance in the 1925 relay of diphtheria antitoxin from Anchorage to Nome, Alaska, to combat an outbreak of the disease. The run is commemorated by the annual Iditarod dog sled race."
Balto may have been leader of the final sled team but Togo did most of the badass work in the 1925 serum run to Nome, Alaska.
Seriously, don't forget about Togo or his badassness.


On January 7, 2011 Mark Pauline, founder of Survival Research Laboratories, spoke at The Sonoma County Museum. This is part one. Here's part two, and here's part three.

SRL has been making robots and organizing robo destruction art political shows since the late 70's. I first read about them in the RE/Search's Industrial Culture Handbook. I remember reading about the Rabot, a rabbit corpse re-animated (well, it could make the motions as if it were running) through robotics. All those robot war shows and the robot vs. robot interest that peaked a couple of years ago, I trace directly to Mark Pauline and SRL.

Here, Mark Pauline talks about the secret military ingredients, the mechanics and the building of the Spine Robot. In the third part, Mark answers questions, shows footage from older shows, discusses safety and his damaged hand, and talks about the the sounds and theatrical elements at SRL shows. Pauline says, "All that noise, and the chaos, and fire. The things that cause a kind of primal reaction. What happens is when you're exposed that, when humans are exposed to that, and it's very well documented, things happen to you. Your adrenaline levels go up. Your IQ drops a little bit. So, your ability to analyze what's going on is reduced to some extent. Your reactions to things are more emotional." SRL fills in the hot robot action with these primal experiences; fire, explosion, deafening sounds, and visuals to create a truly overwhelming experience. 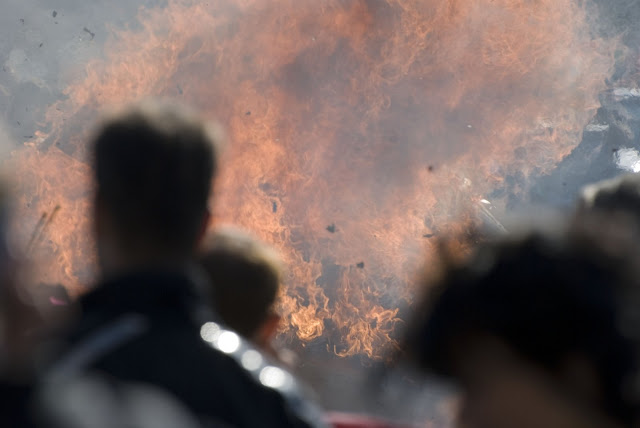 I finally got to see them live at a "secret show" after 2007's Maker Faire. I had a press pass and was sitting with the crew as they commanded their steel warriors to unleash hell on each other.

It was super loud, there was fire, chaos, the hovercraft exhaust was covered with excrutiatingly loud horns, the SRL guys were running around, the press was getting dangerously close to the robots, the strong winds blew hot ash into the crowd, there was screaming, wooden structures were smashed, the fire department came, a burned woman was taken away. It was incredible.
Posted by Emerson M at 9:16 PM No comments:

I guess he's the strongest.

My daughter: Daddy, is Superman the strongest superhero?
Me: (sigh) (sigh again) Well, uh, no. The, uh, Incredible Hulk is the strongest.

My daughter's main reference to the Hulk is the book below. Bad daddy. 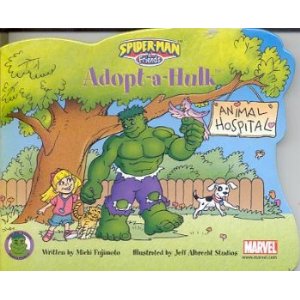