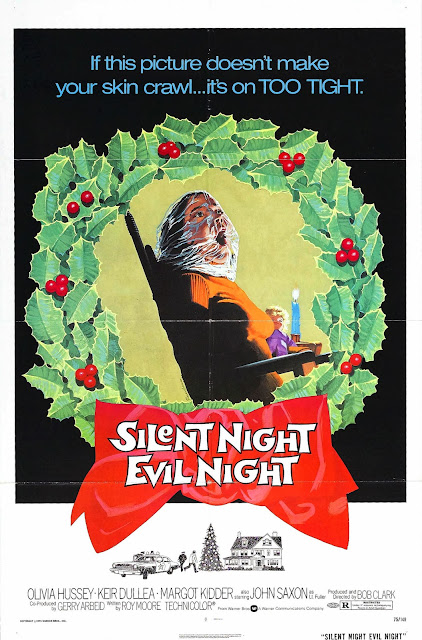 Happy birthday and Merry Christmas to Black Friday, which was released on December 20, 1974, forty years ago.

Black Christmas is part of the trinity of masterpiece films directed by Bob Clark. A Christmas Story (still the funniest movie ever made) and Porky's (1950's era teen sex comedy) complete the triangle of perfectness.

The film is based off of the old babysitter and the man upstairs, mixed with a series of murders that screenwriter, Roy Moore, remembered having occurred around Christmas time in Canada. Black Christmas is usually considered the first slasher film. Italian giallos had many of the standards, but it was Black Christmas that put them all together and create the slasher film standard.

I have an affinity for many of the film in the 1970's because of a certain chaos in the storytelling. Things are revealed without explanation. Who and why? are thrown out the window. There is a comfort being held safely in the hands of a competent 70's directors hands; you may not understand it all, but you're sure they do. From Texas Chain Saw Massacre on up to Star Wars, this kind of storytelling ruled the 70's. Who is the cannibalistic family? What were the Clone Wars? In Black Christmas, who is the killer? Why is he killing? What the hell is up with that ending? It's better not to know.
Posted by Emerson M at 6:00 AM No comments: