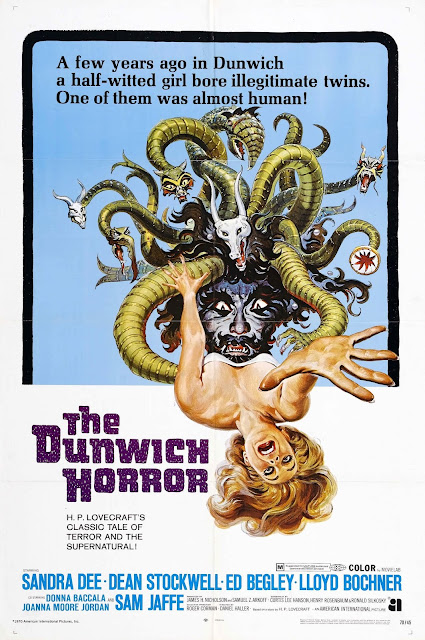 The Dunwich Horror.
The film is not without its charms; mostly unintentional humor and dated colloquialisms. It bears very little resemblance to the H.P. Lovecraft story that shares its name.
You really only need to watch the trailer to "get" the film. I also really like this poster. The tagline is fantastic and the Medusa/Dean Stockwell overtaking Sandra Dee image is exploitation and horror at their best.
The Lovecraft story is my most favoritest by him. I have a couple original pulps and the Weird Tales issue with The Dunwich Horror is my prized posssession, amongst them. I only wish Lovecraft would have made the cover of more than two pulps in his lifetime. A crime. Imagine a Dunwich Horror, Weird Tales cover. 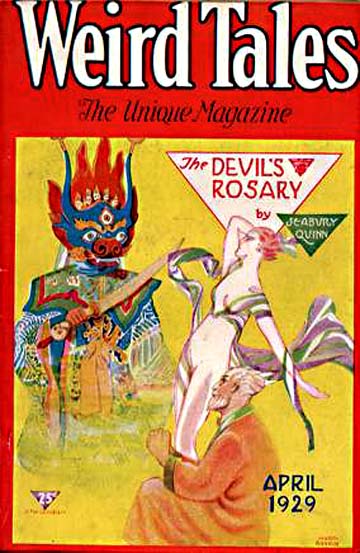 Above is the actual cover of Weird Tales, April 1929 issue (I found the image HERE. Haven't read the article yet) What a poor excuse for a cover. What a terrible choice.
I actually have a collecetion of all the editions of the story that I can find. There are some great ones.