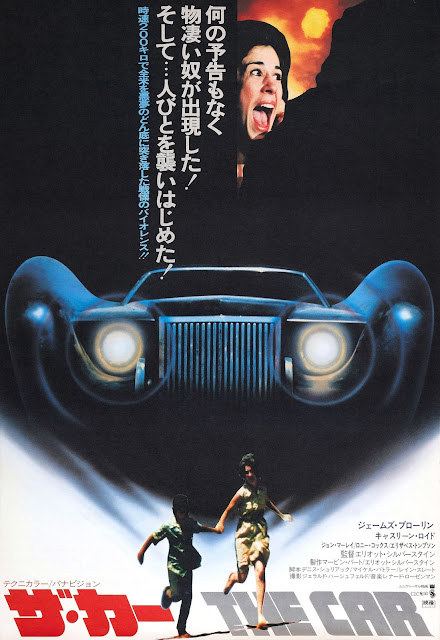 The Car.
A horrible concept, somewhat redeemed by a serious and competent execution.
The Car is a fun, horror film. It won't really scare an adult, but, like Jaws, it plays on some kind of base, nightmare fear that a lot of people seem to share. The anthropomorphized, murderous vehicle.
The film came out in 1977, two years after Jaws, and basically follows the same rhythm, but slapping the shark on land.
Thanks to Vince, for turning me onto The Car. For some reason, I had never even heard of this film until a couple of months ago.
The trailer has a lot of spoilers.

Poster courtesy of Wrong Side of the Art.
Posted by Emerson M at 10:45 AM