Hitler vs. The Leader. 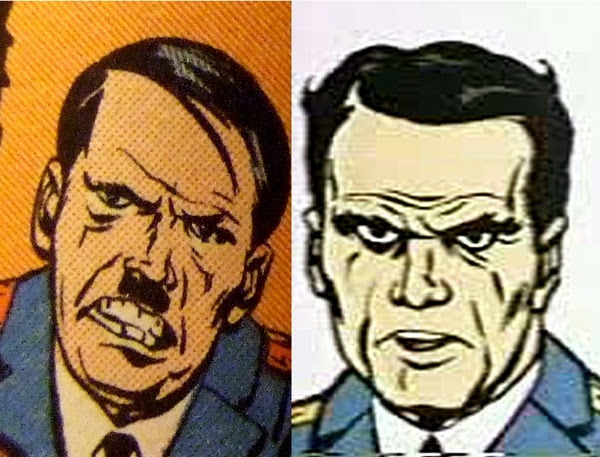 I've been reading some of my pocket book Tales of Suspense reprints, gearing up for the Captain America film. One of the classic Captain America stories from the silver age is the The Fantastic Origin of The Red Skull, printed in Tales of Suspense #66. The Red Skull has Cap prisoner and decides to tell his story. The Red Skull was a petty criminal, working as a bell hop, when Adolf Hitler checked into his hotel. Tired of the endless failures of his highest ranking men, Hitler grabs the young, nobody, bell boy and decides that he will turn the young man into the ultimate Nazi weapon, The Red Skull.

I was also watching the old Captain America cartoon also from the late sixties. In the cartoon version of The Fantastic Origin of The Red Skull all mention of Hitler, the Nazis, the Third Reich, and even Germany are removed from the cartoon. Hitler becomes "The Leader." The opposing force is simply the enemy.

Comics were primarily read by kids at that time. Television was watched by everyone. I guess Marvel felt that they needed to protect the adults from the grim realities of war. Nevermind that the parent's of those kids actually fought the Nazis.
Here are some panel comparisons from Tales of Suspense #66 (I took my copies from a paperback reprint) and the animated series. 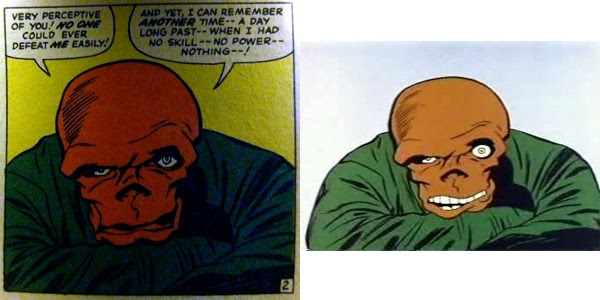 It's an interesting choice to make. Like most forms of censorship it makes little sense. The kids who watched the racist, cigarettes smoking, war mongering, Warner Brothers cartoons of the 1940's grew up, only to censor the same cartoons. They judged that the cartoons would do damage to children. Well, then, weren't they damaged? We should allow ourselves to be censored by people who grew up watching racist, cigarette smoking, war mongering cartoons that psychologically damage kids?
If they damage kids, you're damaged, you old, hypocritical fucks.


Here is a take on his origin culled from many comic book tales and the animated series. Pretty good. 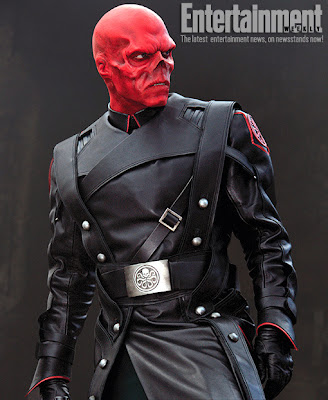