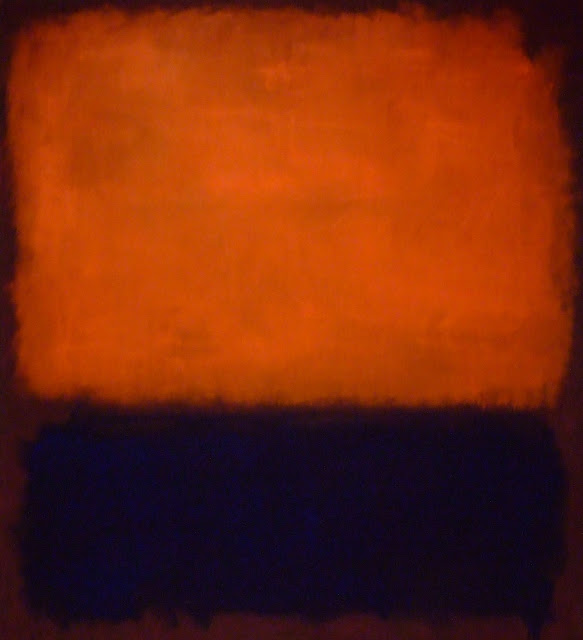 When Mark Rothko died in February, 1970, he had 798 paintings in his studio. His star was rising.
Matter of Rothko is an article written by the son of one of Rothko's executors. It's an interesting story of the three men charged with executing Mark Rothko's wishes. More artists disappear after their deaths than rise to become legends. Rothko's intentions also seem pretty unclear from this article. Anyway, the entire collection was sold off. Some of the works went for ridiculously low prices. Rothko's children, who were young and not involved in the aftermath grew up and grew resentful. They sued. Rothko's value also rose dramatically, and the three executors became world class supervillains.

The story has some interesting twists and no one comes out looking good. Executors crawl into bed with institutions they sold paintings to. Rothko's daughter is quoted as having said that she hated Rothko's paintings to his face. Even the author's father switched sides and made enemies of all involved.

"Why are we all fighting so fiercely on behalf of bad fathers? Rothko was, by all accounts, a terrible parent, who alienated his teenage daughter to such an extent that she told him she hated his paintings. So he responded as any narcissistic, alcoholic, monomaniacal abstract expressionist would, and he left the paintings in the hands of his friends. Once he’s dead, she’s sorry, and wants to take it all back. But by now the paintings are with others, who have their own interests and their own understanding of his priorities. And they are villainized. And they lose. And my father dies. And I barely notice, because as far as I know, he’s a loser, and a jerk, and then thirty years later someone brings me a failure’s blessings from beyond the grave, and suddenly I feel as though my father’s memory is being betrayed. And suddenly I find myself a loyalist, because apparently it’s more important to like your father’s memory than to like your father."

(Story via Longform. I took the photo above at SFMOMA.)
Posted by Emerson M at 6:06 PM

Email ThisBlogThis!Share to TwitterShare to FacebookShare to Pinterest
Labels: Rothko