Daily poster: Isle of the Dead. 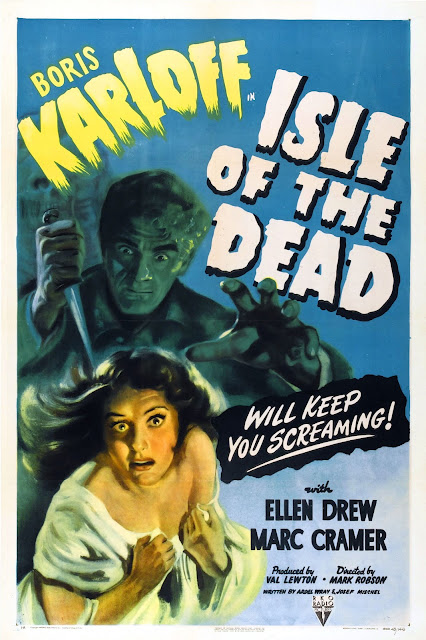 Isle of the Dead.
I don't know what the critical consensus is on the films of Val Lewton. I'm making my way through them now.
A mish-mash group is trapped on a Greek Island during the war of 1912. Someone dies of the plague. Some are convinced that they must be quarantined for health concerns. Others are convinced a woman among them is a demonic vorvolaka.
The film is a slow whodunit, what is it? kind of a thing.
Good enough but slow. I Walked With a Zombie is next on the plate.