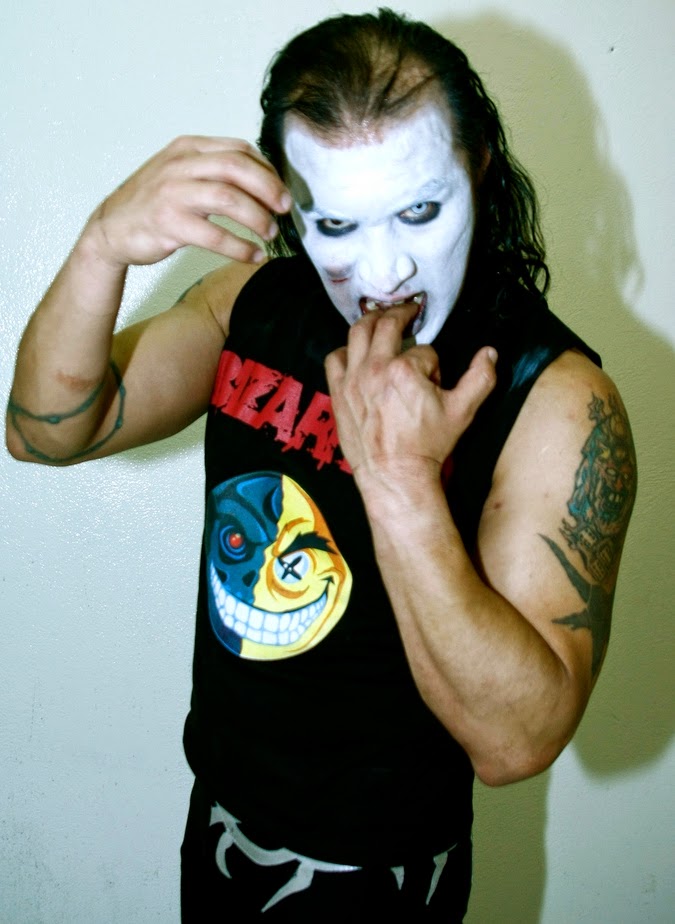 AAA luchador, Charly Manson was arrested on April 24, 2011 for attacking two police officers.
The attack involved Manson and his friend, Adrian López Reyes, who was shot in the foot by one of the officers.

The charges are serious. Manson was denied bail and faces up to fifteen years in prison.
One officer is still in the hospital with a fractured skull. The second officer ended up with a broken nose and a serious neck injury.

(photo by Daniela Herrerías. Click on her name and check out her incredible lucha libre photos.)
Posted by Emerson M at 10:06 AM