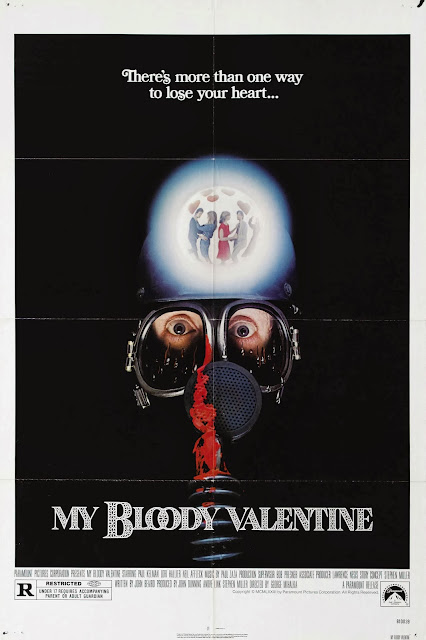 One of the stand outs of the golden age of slasher films is My Bloody Valentine. The film is a Tier 1 slasher shot in Canada with one of the best scripts in the genre.

Twenty years ago a group of miners were the victims of a preventable accident. A cave-in caused by the negligence of their supervisors eager to get to the annual Valentine's Day dance, trapped the miners for several days. Only one man survived, feeding off the corpses of the dead. His name was Harry Warden. Harry took revenge on the supervisors by cutting out their hearts. Harry Warden was sent to an insane asylum.

Now, after all these years without a Valentine's Day dance, the town is all a bustle preparing to re-instate the annual tradition. The problem is that people keep getting killed, and their hearts keep getting separated from the rest of their bodies. Has Harry Warden returned? 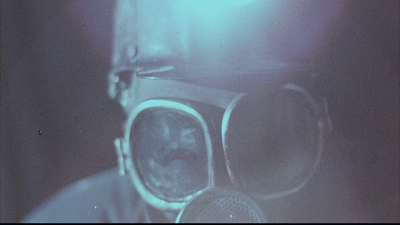 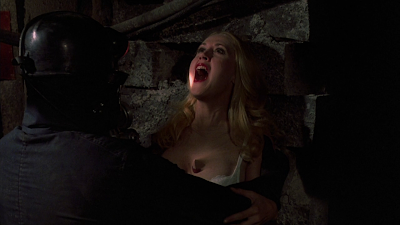 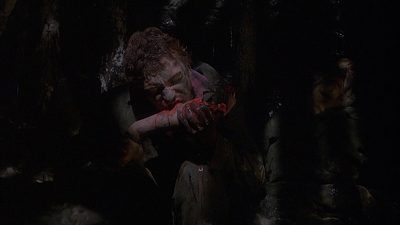 My Bloody Valentine is a top rate slasher. The story is expertly written. It is lean and tight and written in a small way, allowing for a smaller production to look big league. The actors are all fine at their job and likeable. There is a real sense of camaraderie, that this group has been around each other their whole lives. You really get to know them and like them. Which makes it all the more interesting when they are slaughtered.

The film could really be played as a straight whodunnit, without the slasher elements, and the VHS version that I grew up with was mostly that. In 2009 an unrated version was released on DVD with a few extra minutes of warm, delicious, gore. You can see from some of the stills that the added shots were taken from an inferior negative source. It doesn't matter, though, the kills are all good. The effects are good. As I said earlier, because the cast is so good, it can make the kills seem even more vicious. 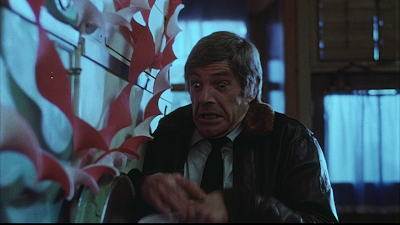 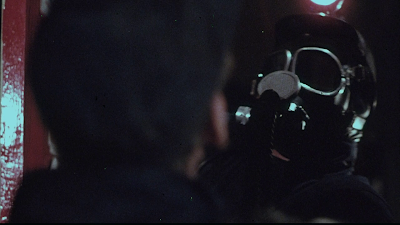 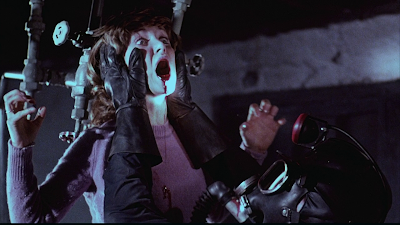 The mine location is the central point to the film. At no time does it feel like a Hollywood set. You will feel the darkness and the cold of being below ground. The actors throw out jargon and move around like they really belong there. The killer's mining outfit is super cool. His headlamp provides lens flares and lights up his victim's faces. A cool addition.

My Bloody Valentine also works pretty well as a date movie. The kills are straight down the middle with five guys and five gals. There are a pair of mild sex scenes. There are more characters in love than in lust. The characters are a little older and are lower middle class mine workers. The love triangle involving the main characters is interesting and well written. No one is a bad guy/gal. 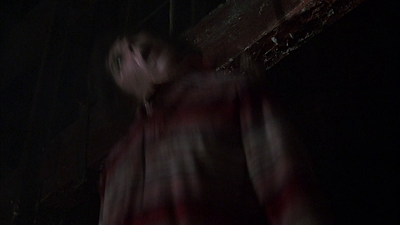 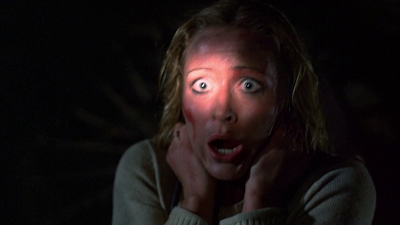 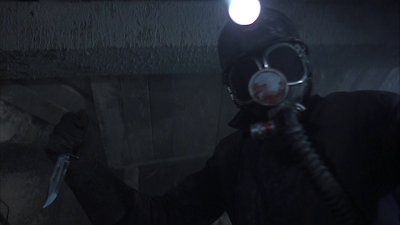 The 2009 DVD re-release came at the same time as a 3-D remake was shit out by Hollywood. The 1981 version is set-up perfectly for a prequel  and/or a sequel. A remake was the wrong choice.

I normally try to stay away from the internet noise. If I don't have something new to add to the discussion of a film, even if it is miniscule, I try not to write about it. In this case, I'm just riding the wave. If you like horror films, see this movie. It is one of the best slashers out there.

(Poster courtesy of Wrong Side of the Art.)
Posted by Emerson M at 6:00 AM