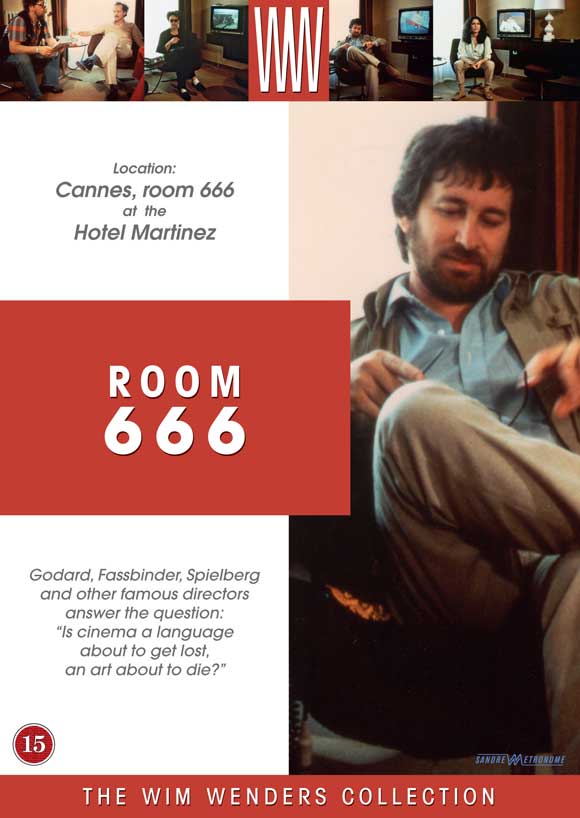 Wim Wenders sat sixteen filmmakers down, one at a time, and left the room. The filmmakers read a question on a piece of paper and responded to the camera. The question was "Is cinema a language about to get lost, an art about to die?"

The film was shot in the Hotel Martinez's room 666, during Wenders' stay in Paris for the 1982 Cannes Film Festival. Each filmmaker was allowed one 16mm reel of film, which is about eleven minutes of footage.

The film premiered thirty years ago today on June 1, 1982 in France.

I go back and forth with the value of the film. I love seeing Fassbinder, who died only a few weeks later, but the question is so loaded that it exploits the fears that were in the industry at the time. Big budget Hollywood blockbusters had murdered the personal films of the 1970's and were changing the value of a film from quality to cash at the box office. Except for Steven Spielberg, these filmmakers were on the run.

The film runs 50 minutes. Here are a few of the scenes. The last one is kind of loud.