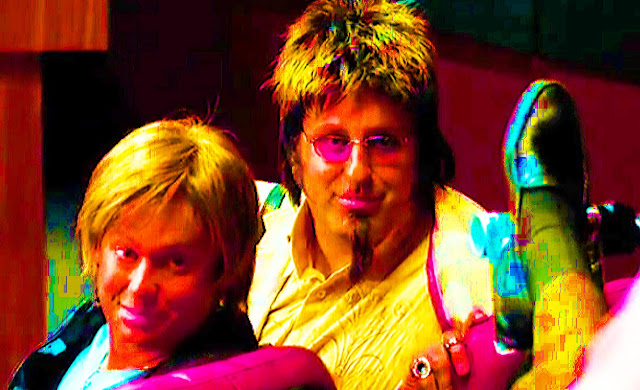 Do you get tired of comedians keeping up their schtick during interviews? I sure do.
Tim and Eric have done some really funny interviews over the past few months. They have been promoting their Billion Dollar Movie, which opens in theaters today.
The elusive, comedic, interview was getting a bit tired. So, I was more than pleasantly surprised to read their short interview with Mr. Beaks over on Ain't It Cool News this morning. The interview is HERE.

Wareheim: I think one thing we're also noticing is that Tim and I have lived in this weird vacuum for the last seven years making our own show where this kind of thing is not out of the blue. We've had these kinds of sex scenes and gross poop jokes, but now that the movie is on a larger scale, we realize we're exposing people to this alternate universe that is kind of normal for us. And people are like, "Whoa, that's pretty intense."

Beaks: With alternative comedy, there's often a feeling that "the right people will get it". How do you feel about expanding your audience? Is this something you're trying to do?


Heidecker: There's a core of our audience that you could expect: a sort of younger, college-educated, hipster, alternative-style kind of people. But we run into people all the time that are like housewives and people's parents... just normal people. I don't necessarily think that our stuff is designed to exclude people. I don't know what it is about somebody who doesn't like it that makes them not like it.

Wareheim: I valeted my car the other night, and a maybe, like, forty-eight-year-old man took my keys and said, "I promise not to shrim in your car." I just wanted to sit with him and be like, "How do you know about the movie? Why?" But we love expanding our audience. That's not our primary goal, though. This movie is really made for us. Luckily, the fans like it, and hopefully others will like it.

Heidecker: I think it comes down to... it's a really easy thing to say in journalism and criticism, "Well, if you're not a fan of these guys, you might want to be careful." I don't know if anyone's ever done any research to say if that's the case. That just seems like a simple, logical thing to write, but it might not be true.

Roger Ebert is not a fan of these guys. He hated the film so much that he stopped writing his review halfway through. It's a funny read, HERE.