Crumb on others, part 3. 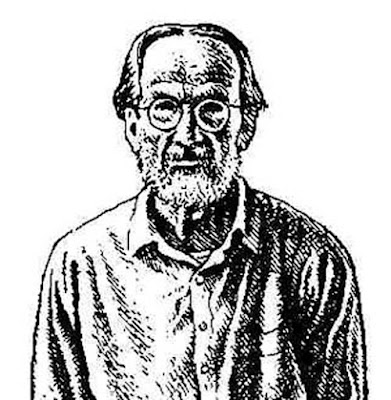 I've always admired Robert Crumb for his commitment to individuality. So, hearing his opnions on other artists and historical figures is intriguing.
The third part of Crumb on Others was posted the other day, right.... about.....HERE!
Crumb also knew some of the icons of the 1960's, so primary source opnions from such an opnionated person are fascinating to me.
If you care what Mr. Crumb thinks of other people, check it out.
I particularly like his take on William Burroughs. I could not agree more with Crumb's opinion here. The three books he mentions are my three favorite Burroughs' titles.

Robert: "I love Burroughs also; a great writer. But his best writing is his straight-ahead prose. He wrote all this crazy fantasy stuff, which I think he was encouraged to do by this other beatnik writer, Brian Gyson, who, for some reason Burroughs admired. Gyson was, I think, a jive-ass, bullshit kind of guy. Burroughs, I think he lacked confidence in his own writing, because when he wrote straight prose it didn’t sell well. When he wrote Junkie, and that came out, it didn’t sell well in the beginning. And then he wrote this other book, Queer, around the same time in the early ’50s and he couldn’t even get that published. That wasn’t published until the 1980s. And Queer is a great book. Both Junkie and Queer are great. They’re both written in this very dry, prose style. And his little thin book called the Yage Letters, which were letters he wrote back to Allen Ginsburg while he was in South America looking for this psychedelic Yage plant. That’s a great book; great stuff. But the problem is, there’s not enough of that, not enough of his straight-ahead prose. He just didn’t think it was any good because he either couldn’t get it published or it didn’t sell. So then he wrote this gimmicky thing called Naked Lunch, which is mostly fantasy stuff and not very interesting to me, and that sold well. He made his reputation on Naked Lunch.

Email ThisBlogThis!Share to TwitterShare to FacebookShare to Pinterest
Labels: Crumb, Crumb on others, R Crumb