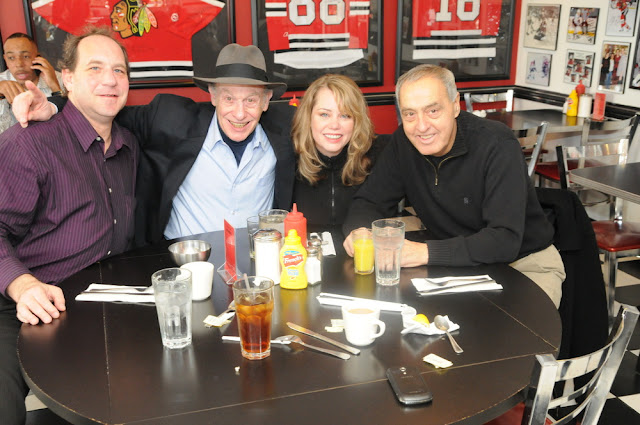 Boxing and wrestling writer and historian, Bert Randolph Sugar passed away on Sunday, March 25th. Mr. Sugar died in New York of cardiac arrest. Photographer, Scott Romer was kind enough to send me the above picture of himself, Bert Sugar, Andrea Romer, and George Randazzo.
I was a student of the wrestling books that Mr. Sugar wrote with photographer George Napolitano in the early 1980's. The Pictorial History of Wrestling: The Good, The Bad, and The Ugly cataloged the pantheon of wrestling gods, while Wrestling's Great Grudge Matches told the tales of their legendary battles. It was a one-two combination that acted as the gateway drug, leading many of us youngsters into the world of professional wrestling fandom.
Bert Sugar would readily admit that he was not a living encyclopedia of wrestling knowledge; boxing was his great love. But, no one cared. The guy wrote beautiful and epic prose, elevating the seedy world of American territorial wrestling to mythic proportions.

I had never heard Mr. Sugar talk about wrestling out loud, but on paper, he took the sport seriously. Commentator Gordon Solie did the same thing in his calling of matches. The two of them kept the curtain held high and the locker door tightly sealed at a time when parents were looking for a way to blow the top of of Mt. Olympus. A 'GOTCHA! It's fake!' moment to slap us kids across the back of the head with. Mr. Sugar was one of the reasons I kept believing in those gods, well past the time I should have known better.
I photographed my well read copies of The Pictorial History of Wrestling: The Good, The Bad, and The Ugly and Wrestling's Great Grudge Matches. The former lost it's dustjacket years ago, so I included a fantastic George Napolitano pic of Bruiser Brody eating the skull flesh of Carlos Colon. 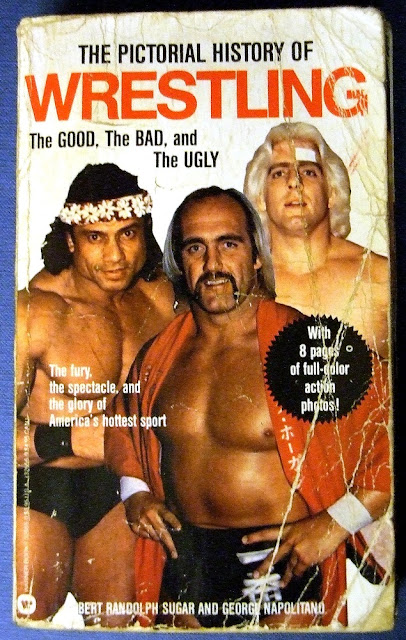 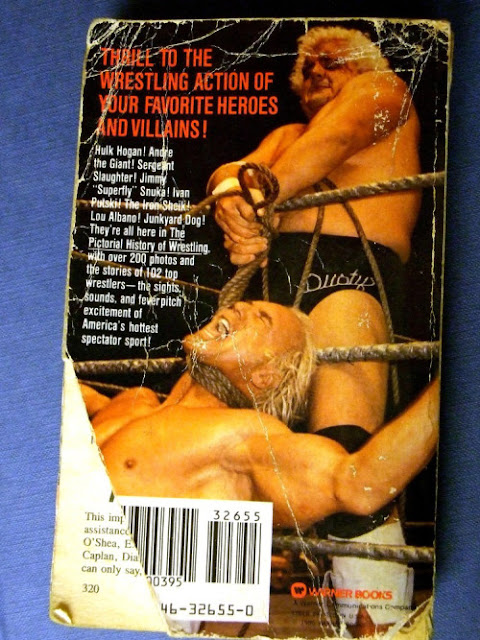 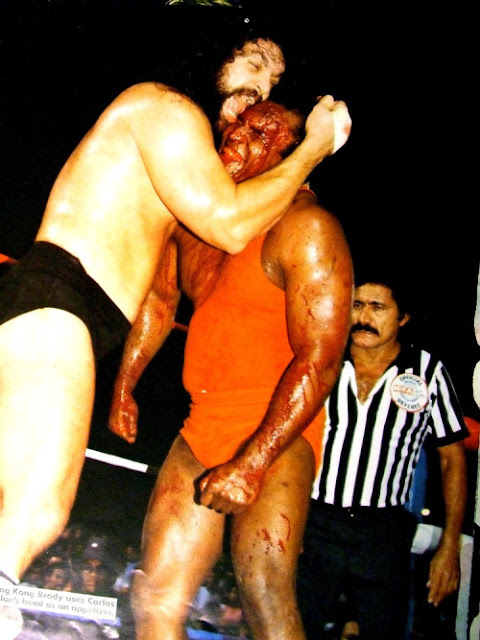 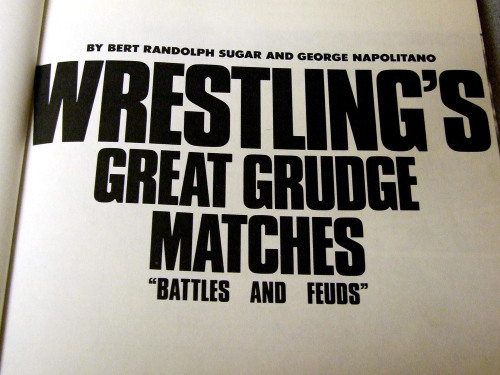