Ghost at The Bottom of the Hill. 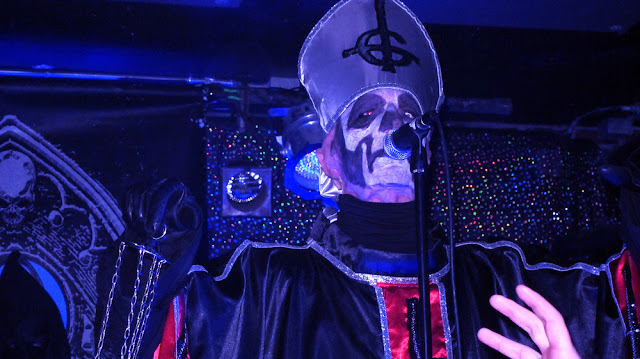 Ghost played at The Bottom of the HIll last night.
The show was amazing.
The Bottom of the Hill is a 250+ person venue. Rolling Stone called it "The best place to hear live music in San Francisco." Nearly a dozen guys skulked outside looking for tickets to the sold out show. Tom Hunting, the drummer from Exodus was there. James Hetfield from Metallica was there as well.
Anciet VVisdom opened the show with a pretty damn good set. Some of their songs were memorable and their presence was strong. The singer/drummer was honestly, but not cartoonishly, intense.
I bought a Ghost patch and small t-shirt for my daughter. 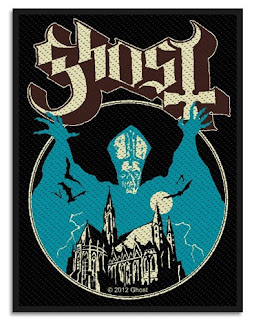 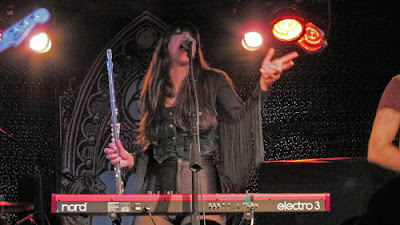 Blood Ceremony was next. Excellent guitar work. The singer played a keyboard and a flute. I was told their album was not so hot. However, they were pretty damn good in person. They project an energy and build a rapport with the crowd. The singer has super intense eyes and a conviction that comes across in her lyrics. Even my buddy said, "I'll have to listen to that record again." 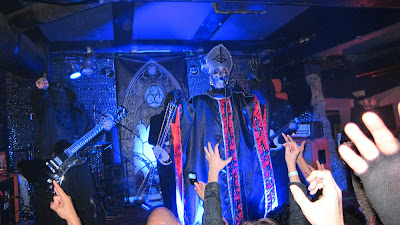 I only discovered Ghost a couple of months ago, thanks to Matt and Sean. I fell head over heels for their album Opus Eponymous. The cover is simply beautiful and every song on the album is good.
San Francisco is the second to the last stop in their 13 Dates of Doom tour. They will be in Los Angeles tonight. Ghost is from Sweden and sounds sort of like a satanic Blue Oyster Cult. HA.
Ghost hit the stage and the crowd went apeshit. The singer's appearance is original and epic. His voice was perfect and the between song banter was creepy as hell. What I thought was war paint on his face seems to be some sort of appliance or mask. Effectively horrific. 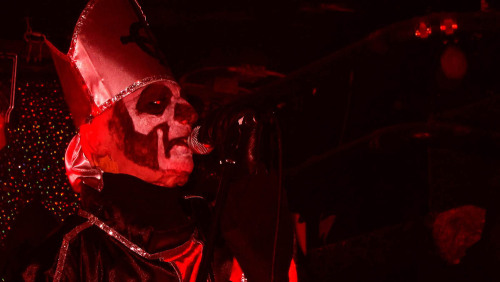 Ghost played all the songs on their album, Opus Eponymous, as well as Here Comes the Sun. Their set was a bit short and knowing they have a new album coming out, I was bummed that they did not play any of those new songs. They are coming back to the bay area in April or May, opening for Opeth and Mastadon, perhaps they will play those songs, then. 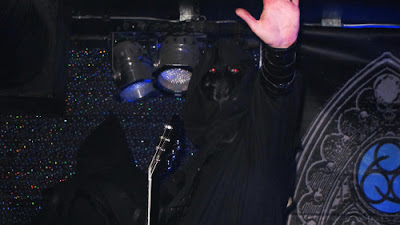 The whole crowd sang along to the songs. There were many females in the audience which was good to see. Many seemed to be there alone (rather than dragged there by a boyfriend.) A few of them were tearing up the mosh pit, which was more of a random, occasional, shoving match. People were what I would call intensely contained. A lot of fist pumping and hand waving but no real violence. I am pretty new to seeing metal shows live. I'm no expert but I've always heard that metal shows are usually "sausuge fests" (all guys) but perhaps this is changing and the ladies are getting into it.
Ghost's renditions of Elizabeth and Stand By Him were incredible.
Ghost is going to blow up. 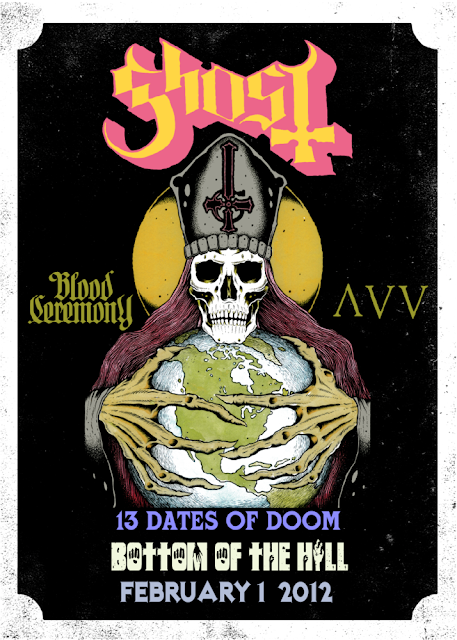 Be on the look out for more videos. About a quarter of the audience was taking pics and shooting video of the show. Turn you volume down for this one. The audio is worthless. The song is Prime Mover.