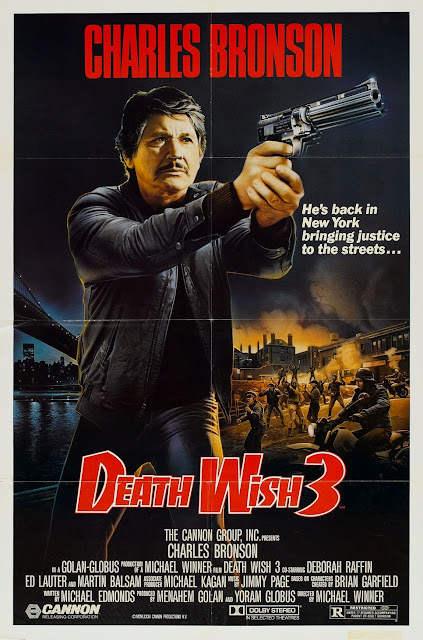 Death Wish III.
Paul Kersey is back to murder some criminals in that most enjoyably, .357 magnum, 80's way.
The film is a text book example of everything that was right with the 80's, over the top, remorseless violence. The bad guys are taken out.
This was the first Death Wish film that I saw and after hearing about how bad ass Charles Bronson was from the adults in my life, I couldn't argue. The guy was 64 years old in this film and he didn't act like a stereotypical senior citizen, bitching about teenagers and young punks, he murdered them.
The film takes place in the danger zone of 1980's New York. However, much of the film was shot in London. This was always cited as having to do with lowering production costs. I like to believe it was because New York, at that time, was too damn dangerous! HA.
Also, an Atari video game was produced by Gremlin in 1987. CPC Game Reviews has listed the confusing screen grab below and this description of the game:


New York's streets are overrun with gangs, and the police can't handle it, so the chief has done a deal with vigilante Paul Kersey and allowed him to go and kill as many gang members as he can. You play Paul in this rather violent game, based on the equally violent film of the same name. You wander the streets with a variety of guns, scoring points for killing gang members, but losing points for killing policemen and little old ladies. You also need to raid apartments to find more weapons and locate the gang leaders and kill them. As already mentioned, this is a violent game, with bodies being graphically torn apart and blood flowing everywhere when you shoot anyone with the rocket launcher. However, the game doesn't have much depth, and I often became disoriented when using the map and compass. 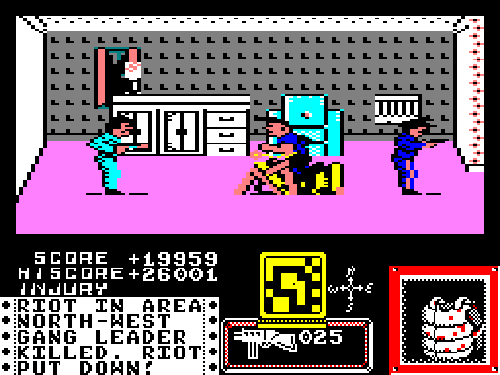 I've seen this pic posted around and I believe it is from the opening screen of the game. I want a t-shirt.' 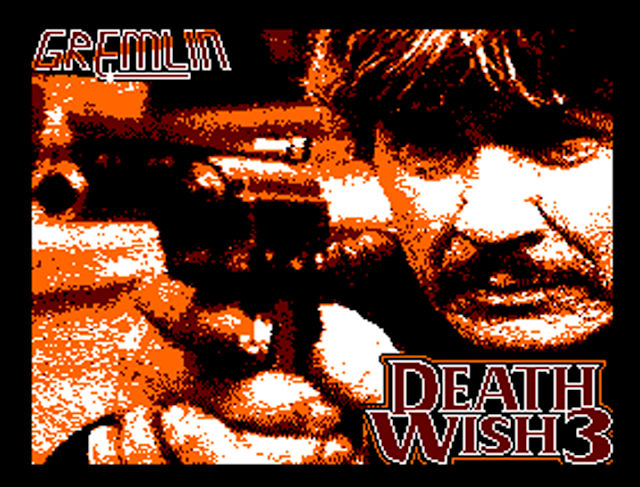 Just seeing the Cannon logo at the beginning of the trailer gets me all giddy. The Django-style massacre and Kersey pulling out his .357 after a kid accidentaly bumps into him are just priceless.