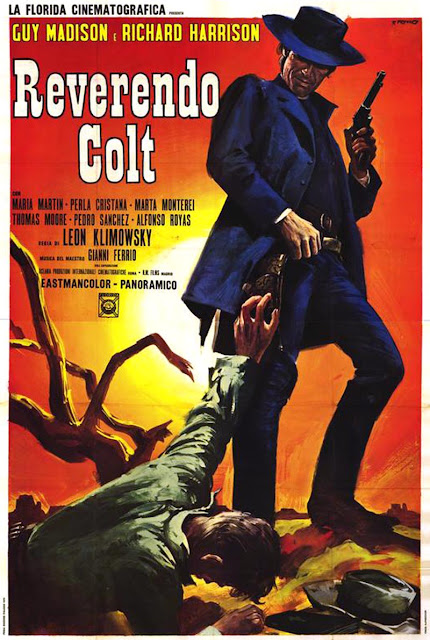 Reverend Colt.
Wild East is releasing a double feature DVD with Reverend Colt and the follow up (which actually came out four years earlier) Vengeance is a Colt .45. If you don't recognize that last title, you may know the film as Son of Django. It comes out today. Check it out HERE.
A former gunman and now man of the cloth comes to Tuscon. Unfortunately for him, the bank is robbed on the same day. The people of the town blame the preacher. The sheriff of the town cuts a deal with the ex-gunfighter priest, bring in the outlaws and I'll let you go.
A pretty decent film, a little frustrating that the Reverend refuses to kill the outlaws. He shoots their hats off and shoots their guns out of their hands.
Here is Wild East's fantastic cover. 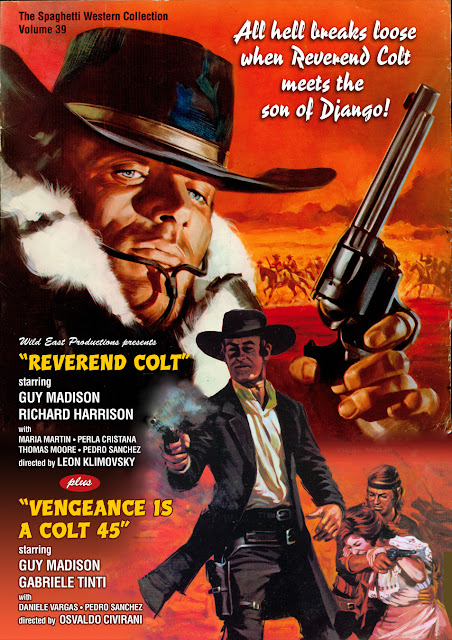