All television is a dream. 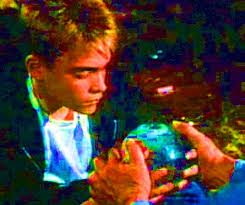 Comic book and television writer, Dwayne McDuffie (RIP) posted an amazing analysis of the final moments of the television series St. Elsewhere.
Fed up with some fans' griping about comic book and animated series crossovers, McDuffie shows how the final moments of St. Elswhere turn just about all of television history upside down. It's all a dream.
The post is ten years old, and I'm not sure if fans have completed the missing pieces, but it is a hilarious, surprising, and interesting read. Check it out, HERE.
Here's one paragraph, and yes, the whole post is this well thought out.