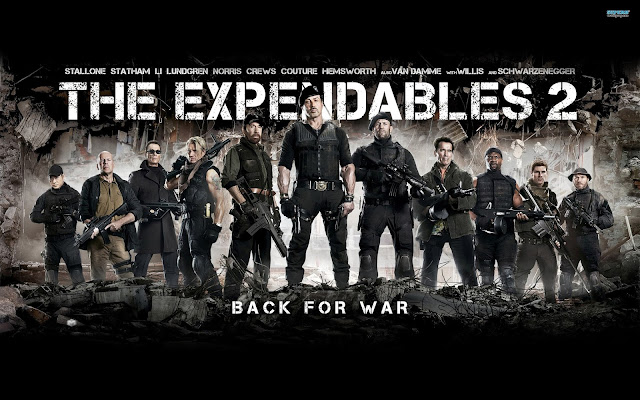 A few days ago I read on Twitch that Expendables 2 is going to be rated PG-13 because Chuck Norris doesn't want to be in a film with swearing and the producers buckled. I always hated Chuck Norris, now I have a good reason.
Murdering people, ending their life is fine, but saying the f-word is not all right. When I worked in a video store I always wondered why the horror films were right by the front door and the porno films were behind a curtain. America is fucked up.
I can see adventure films like Indiana Jones and Tin Tin as PG or PG-13. These are films that are targeted at 12 year olds. But, to make a film starring the pantheon of 1980's action heroes. A film that is clearly targeted at the 30-somethings and then water it down to try and scoop up a little extra cash from the under-17 crowd is double dipping. It's greedy and ultimately satisfying for no one.
Anyway, thanks for saving me $10.50, Chuck. I'll wait until I can rent or borrow the DVD, asshole.