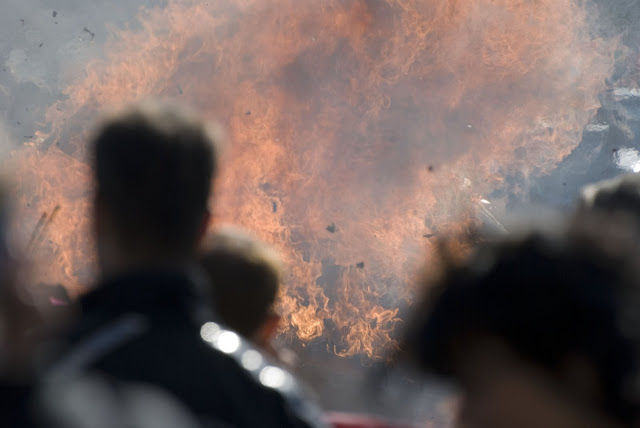 
In December 2011, Somarts, a local gallery venue,/arts support organization in the city asked SRL to participate in I am Crime, a show of artists who had been arrested for activities related to their work. The SRL participation was to have included an installation of one machine, the Spine Robot in the gallery and a one day street closure of Brannan Street between 8th and 9th for a short outdoor SRL event at the closing of the installation. The city of SF approved the street closure, but the SFFD, citing an SRL show from 1989, Illusions of Shameless Abundance stated that SRL would no longer be allowed to perform in San Francisco. This resulted in the outdoor show being called off by Somarts.

This is such shitty news.
SRL was founded in 1978. They worked out of San Francisco for thirty years, until moving to Petaluma, CA in 2008. 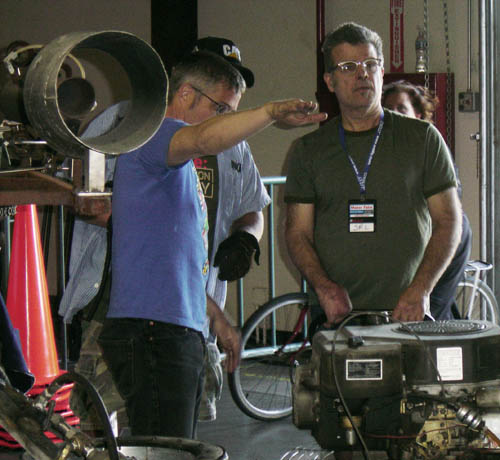 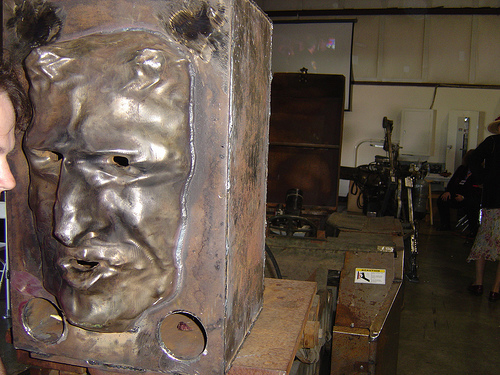