The Confederacy of Unprecedented Fellows. 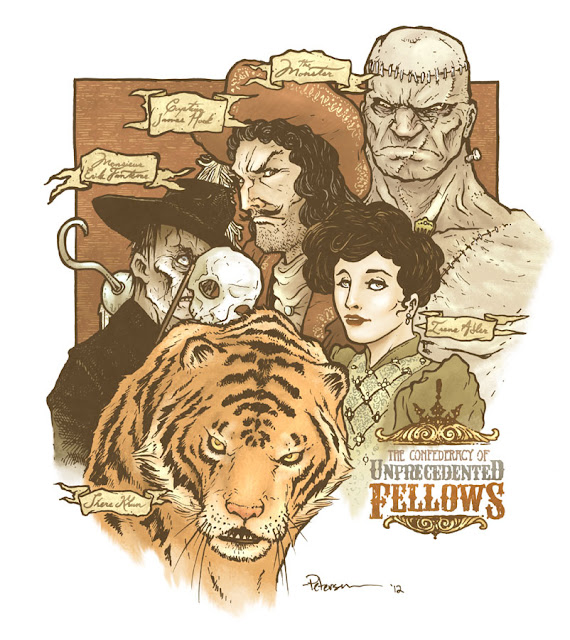 Who would be the fictional arch-enemies to Alan Moore's League of Extraordinary Gentlemen?

David Petersen just posted his fantastic take on the matter.


To face off against the brute of Mr. Hyde, we would have Frankenstein's Monster. For the sea battles, Capt. Nemo would square off against Captain Hook (and perhaps a bit of stolen Neverland Magic). And for the consummate hunter Alan Quartermain, who better than the villainous big game of Shere Khan.For counterparts for Mina Murray & The Invisible Man, Jeremy & I struggled for a bit.