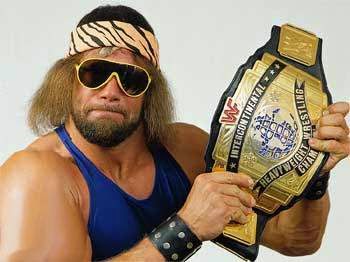 Randy "Macho Man" Savage died this morning.
He suffered a heart attack while driving, veered into oncoming traffic, and ultimately hit a tree.
He was in Florida.
Savage was 58.

Below is one of my favorite Macho Man matches. Unbelievable to see Hulk Hogan LOSE at this time.
I used to think of the GI Joe filecard for Stalker when I thought about Macho Man. "He moves like some kind of jungle cat."
I saw Macho Man live a couple of times and he was my favorite WWF wrestler during the 80's.