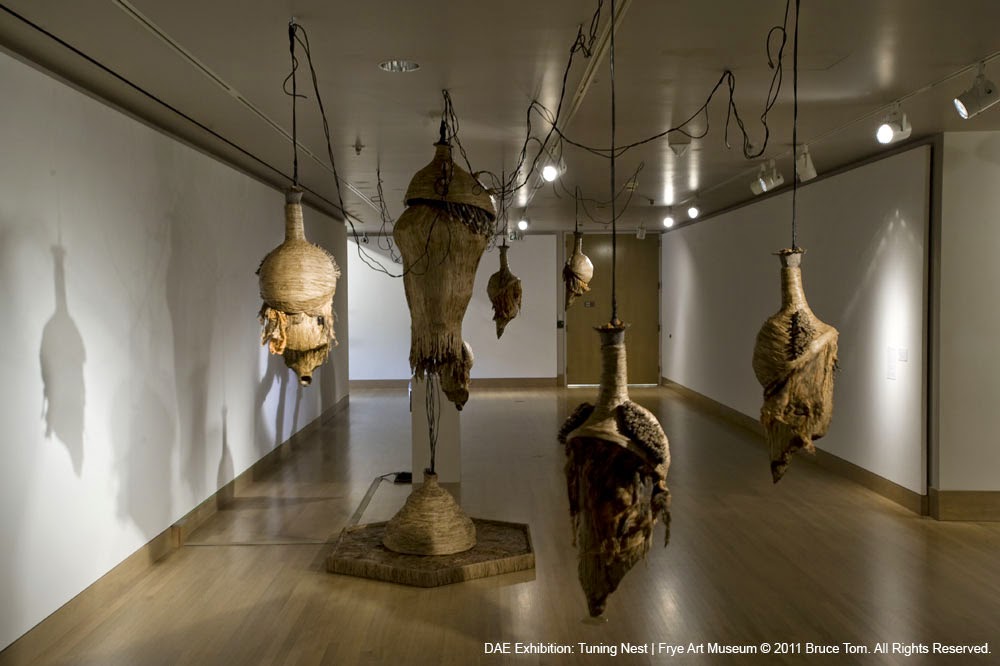 The Degenerate Art Ensemble has a show up at the Frye Art Museum. The show runs until June 19, 2011.

My 'ol buddy 'ol pal, Nik Weisend, has occupied one room of the museum with hanging pieces, that look like the forgotten hives of mythical creatures. The colors are natural and the shapes almost congruous, but different enough to demand your eyeballs. I imagine them smelling like musty, acidic, old comic books and that they are strong as a whole but wispy and weak at the edges. The protector of the pieces is unseen but its shadow can be seen on the wall, still, wating to ambush you.
Choral music whispers from each of the nests. The sound design is by Kunz.

The Stranger wrote:
"In another room at the Frye hangs the Tuning Nest, an eerie forest of eight brown pods that look like the dangling heads of ligneous aliens and emit low, entrancing tones. The pods (made from thousands of feet of paper and gallons of glue and beeswax, and tinted with persimmon tannin, rust, and pine soot) are wired to a broken trunk in the middle of the room (vertical, but with a raggedy gap in its middle) that is wired to a box full of electronics."
Get your body there ASAP. 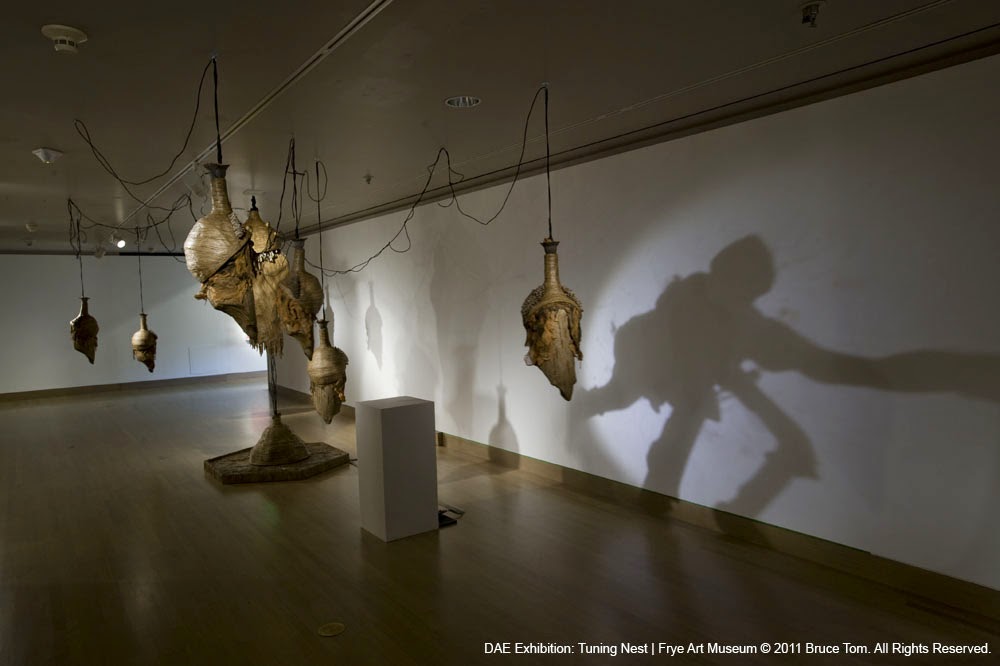 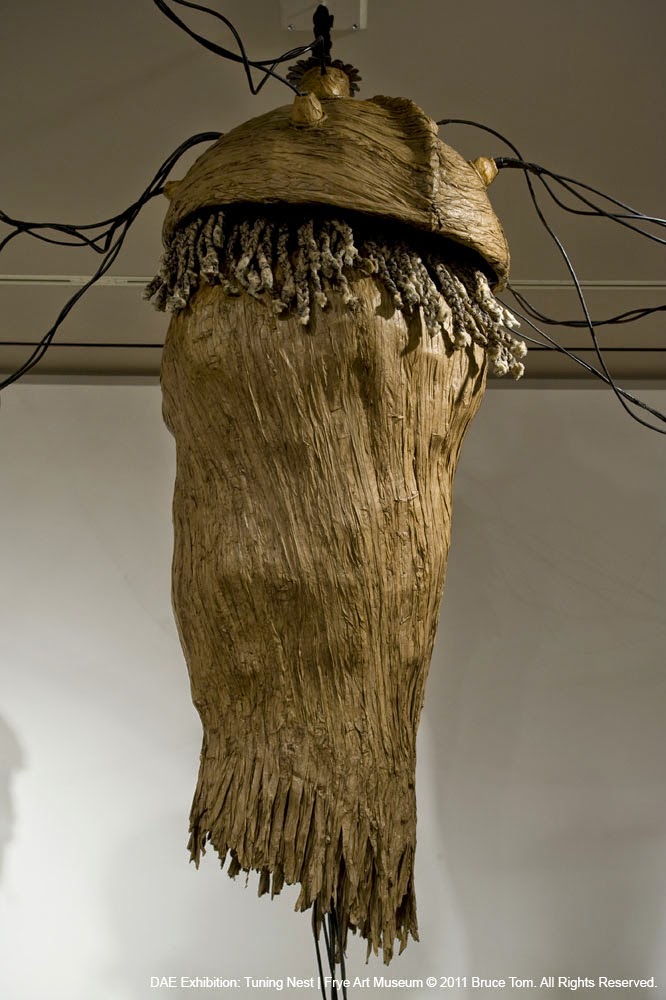 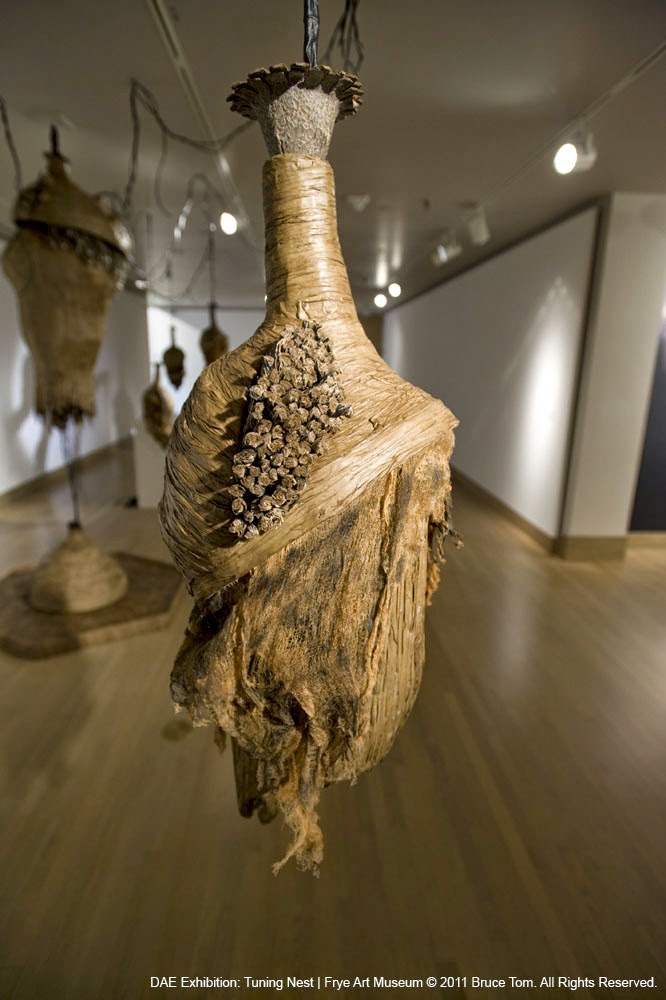 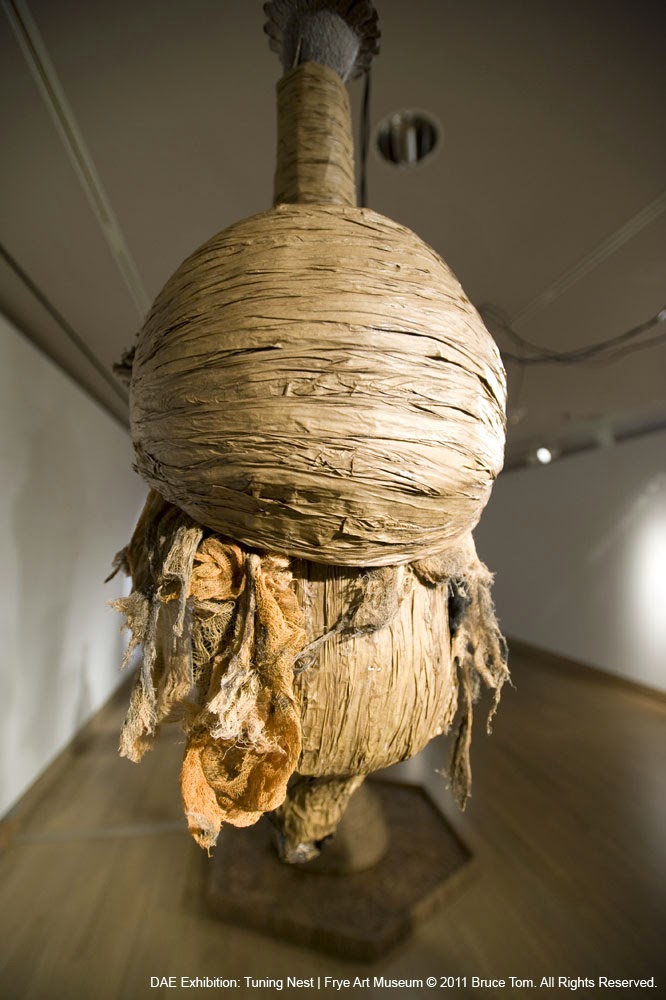 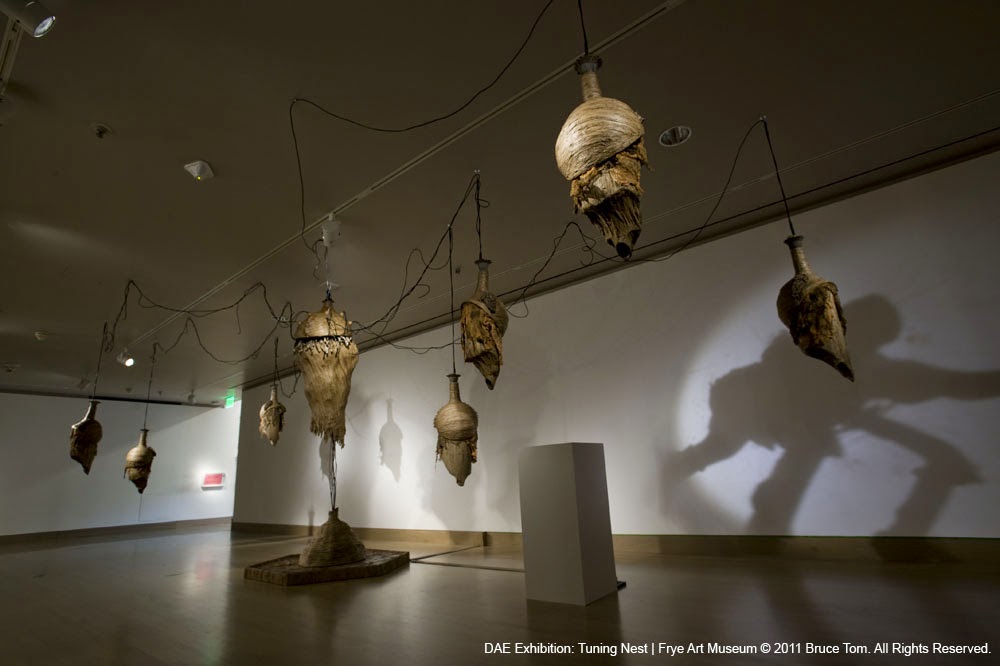 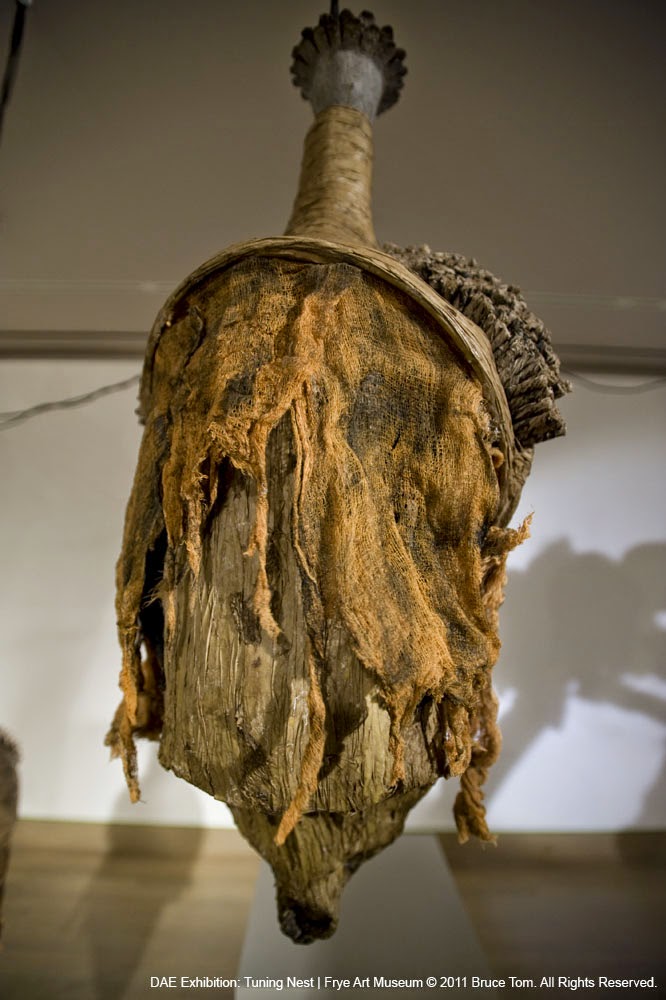 (photographs by Bruce Tom.)
Posted by Emerson M at 5:16 PM