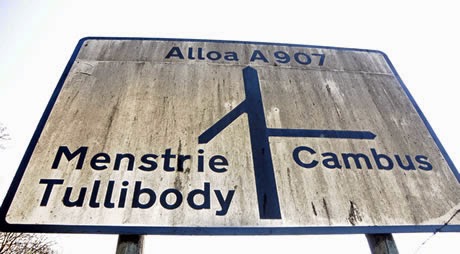 The Scottish village of Tullibody, Clackmannanshire are fighting a war against a a black, slimy, fungus which has taken over.

Some are blaming the nearby whisky warehouse, run by Diageo, for creating fumes which lay down the black ooze. I, for one, belive this to be the work of Shub-Niggurath, The Black Goat of the Woods with a Thousand Young.

From the Daily Record:
"The (Scotch Whisky) Association says the slime is also found in areas with no whisky industry, and Diageo say research found 'no direct link' between whisky fumes and the fungus."

The residents are slowly being coated. The black fungus does not wash off easily. It needs to be scraped off.

It blocks the light from house and automobile windows. The local government can't keep up with cleaning street signs.

I tell you, a meteorite must have landed nearby, like in H.P. Lovecraft's The Colour Out of Space. Expect pandemonium and madness to follow. 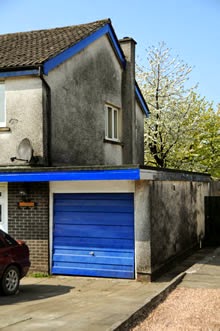