Daily poster: Salò, or the 120 Days of Sodom 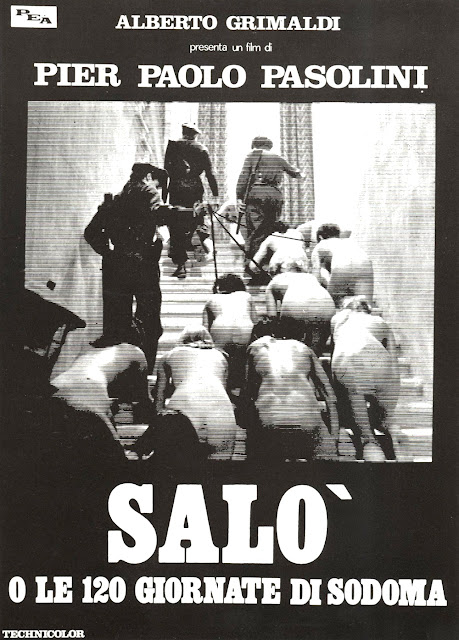 Salò, or the 120 Days of Sodom
Thirty-six years ago today, Pier Pasolini was murdered. He was run over several times by someone driving Pasolini's own car. A street hustler confessed to the crime; he later recanted his confession. Rumors have cropped up over the last few years that film cans from Pasolini's last film, Salo had been stolen and that Passolini was secretly dealing with the thieves to get the film back. Everything about Passolini's death was lurid. Italian newspapers even ran photographs of his corpse on their front pages. 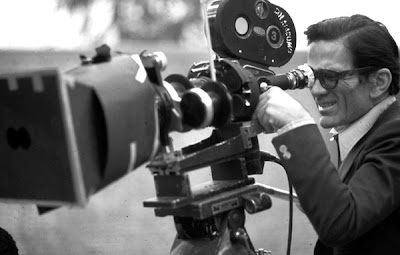 Pasolini's last film, Salo, is the film he will be most remembered for. Loosely based on the Marquis de Sade's, 120 Days of Sodom, the film is far too brutal for most folks. It used to be very hard to get a copy of this film and the buzz it constantly created made it such an evocative "must have."

I will admit that I was disappointed when I first saw the film. I didn't get it. I was ready for Faces of Death meets Merchant Ivory. However, watching it a few more times with no expectation of life changing shock, slowly changed my opinion. The film forces you to immediately detach. You cannot connect to any of the characters, you must simply observe and focus on the film itself. The act of watching the film is an act of confirmation of the horrible things that occur in the film. I don't believe, as many do, that the act of watching film makes the viewer complicit, but perhaps confirmation without moral judgement is complicity.
Every few years, a filmmaker tries the old "I'm showing you all this violence and disgusting subject matter to horrify you. To wake you up. To express something important." Naysayers always argue that this is simply exploitation, pandering to the lowest and basest of us, and a grim way to make a quick buck. Some folks do get it. Natural Born Killers, Irreversible and Funny Games come immediately to mind. These are not horror films. These are something else. These touch different nerves. Salo is the king of these types of films.