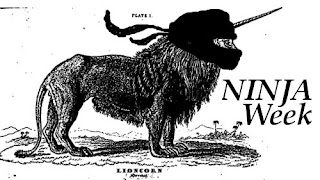 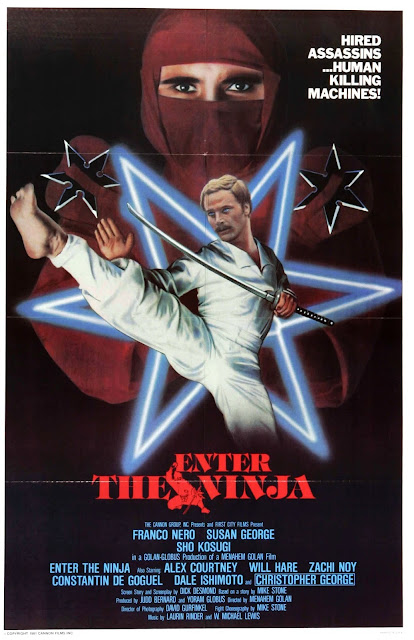 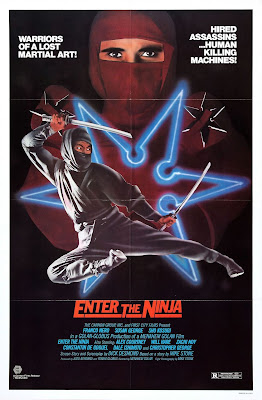 I cannot express how important this film was to me and my friends. It almost reaches that Star Wars strata where the film goes beyond good or bad, it just is a force of nature.
The cast is a who's who of badassery. Franco Nero, who carries his own coffin around with him; Susan George, with the cutest mouth ever; and Sho Kosugi, who descended from a family of real ninjas! I'm not even going to look that last fact up, I'm so confident in the 80's prepubescent rumor mill. HA. 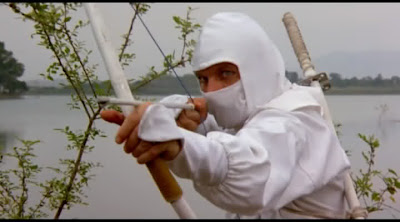 My brother and I recorded the film during a free Showtime weekend and watched the opening scene until the tape was unwatchable. We practiced the hand signs (too lazy to ever really memorize them all.) We skulked around the nearby hospital at night so much they had to hire a security guard.
Enter the Ninja really started a craze for us. Teenage Mutant Ninja Turtles and a slew of ninja films and role playing games followed.
I pined over the camouflage ninja uniforms on sale in Inside Kung Fu magazine. I devised elaborate, interstate, plans to get throwing stars (illegal in CA) mailed to us. Like many young boys in the U.S., we had ninja fever, BAD.
It's still in my blood. Whatever antibodies killed the ninja fever left a little masked assassin in my system.

And damn, the main bad guy had such an anti-climactic but nuanced and awesome death scene.
Sho Kosugi's death scene was rad as well. "If I cannot live with honor. Let me die with honor." Ninja can act! 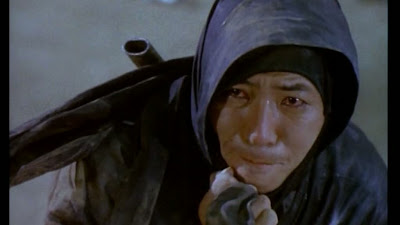 I cannot disagree with the title of this video: Enter the Ninja: best intro ever.
Posted by Emerson M at 6:06 AM