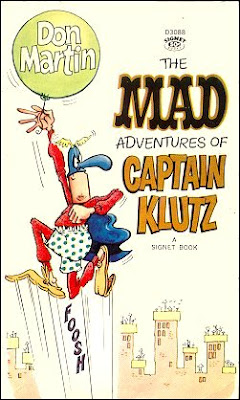 A few days ago, John Kricfalusi had a post which soccer kicked my brain into the past. He posted a bunch of pieces by Don Martin, the sometimes contributor to Mad Magazine.

Kricfalusi said, "Don Martin has to be in the top 5 most original cartoonists in history."
Coming from John Kricfalusi, this really means something.

I grew up on Mad Magazine and Don Martin was an important part of that crew. I had the Captain Klutz books and tried to draw in Martin's style. His humor never made me laugh out loud, but I loved it. His work was just on the edge, my parents wouldn't throw it away, but they didn't like it either. Just violent and sick enough to appease my adolescent bloodlust but not so gory as to be taken away at school.

These two images are from the wondertastic Don Martin Shrine. 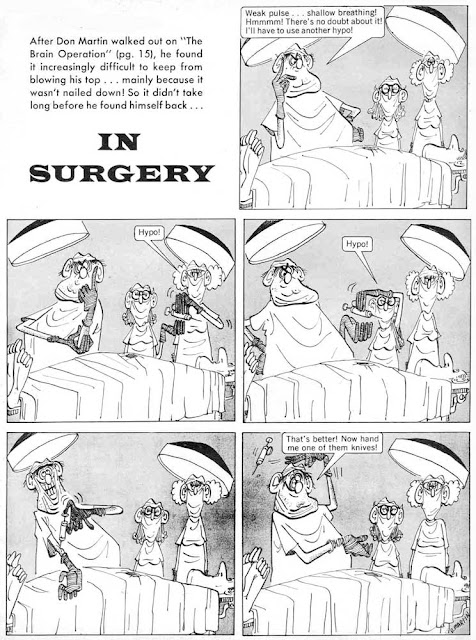 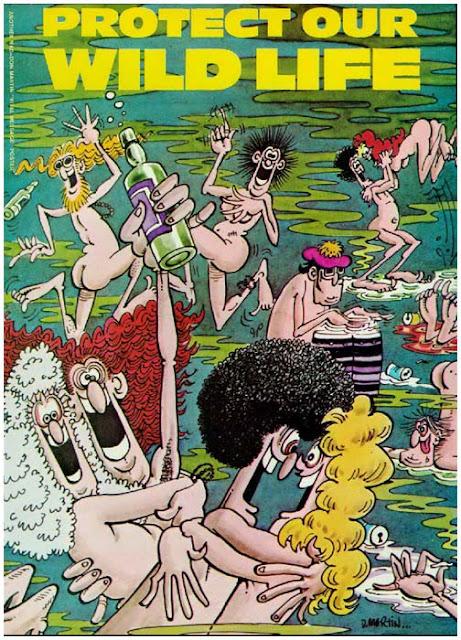