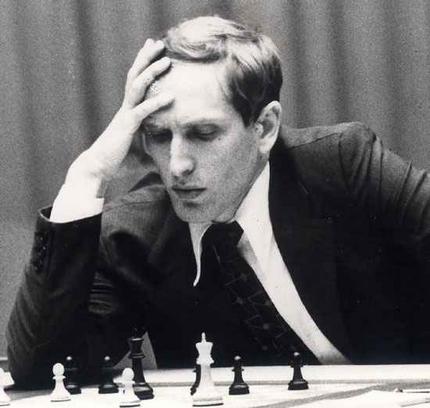 The March 10, 2011 New York Review of Books has an intersting review of Endgame: Bobby Fischer’s Remarkable Rise and Fall—from America’s Brightest Prodigy to the Edge of Madness

"Fischer’s brilliance was enough to make him a star. It was his relentless, even pathological dedication that transformed the sport. Fischer investigated constantly, studying every top-level game for new ideas and improvements. He was obsessed with tracking down books and periodicals, even learning enough Russian to expand his range of sources. He studied each opponent, at least those he considered worthy of preparation. Brady recounts dining with Fischer and hearing a monologue of the teen’s astonishingly deep analysis of David Bronstein’s openings before the two were to meet in the Mar del Plata tournament in 1960. No one had ever prepared this deeply outside of world championship matches. Today, every game of chess ever played, going back centuries, is available at the click of a mouse to any beginner. But in the pre-computer era, Fischer’s obsessive research was a major competitive advantage."
Posted by Emerson M at 12:52 PM