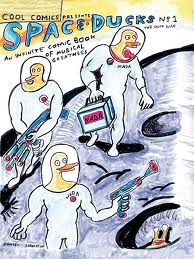 The first Kickstarter project that I pledged money to was the production of Daniel Johnston's Space Ducks graphic novel. I finally got my grubby mitts on the book last week. It is a thing of beauty. There is a companion iOS app which I will download tonight.
In their first outing, the Space Ducks battle Satan in a surrealistic epic. If you don't know Daniel Johnston and/or you don't appreciate outsider, simplistic art, this isn't for you. It is raw and crudely hilarious. The ducks murder a lot of demons and party hard with hotties and 7-Up.
Here's a bit from the press release:


SPACE DUCKS: AN INFINITE COMIC BOOK OF MUSICAL GREATNESS is Johnston’s debut graphic novel. Johnston, a long-time and dedicated fan of comic books, realizes his life-long dream of being a comic book artist with this release.
SPACE DUCKS is more than just a graphic novel, it’s a one-of-a-kind interactive comic book experience, complimented by the Space Ducks album and iOS App. The companion app will virtually take readers through Daniel's Outer-Space world of Ducks and Devils, with games to play, surprising voices from different talents, animations and videos from the comic book, links to exciting new Space Ducks merchandise, and a slew of Easter eggs, including contributions from some of the critically-acclaimed musicians who number amongst Daniel’s biggest fans. The app will also debut Daniel Johnston’s first new album since 2009. 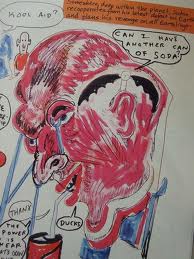 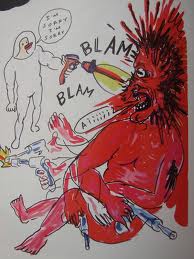 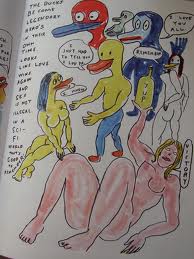 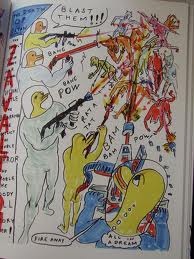